Women from the Gulf are not very common in media and an ordinary image of a Gulf woman is her dressed in nikab and abaya, not doing anything in particular.

My Kuwaiti friend who is so dedicated in showing the world different sides of the Gulf shared these photos with me. The explanations for the photos is from him and I have sometimes found more information about a certain person myself. He himself doesn’t have copyright has but downloaded them from different websites and shared them via his own social media. Therefore the copyright is unknown.

Enjoy the view of different beautiful women in different aspects of life.

Ibtisam Lufti, Saudi Arabian singer. Ibtisam belonged to the first generation of Saudi singers and achieved great success and popularity despite her handicap of being blind. Her main career took place in the 1970s and -80s and when announcing that she was leaving the scene it caused a public outrcry. Ibtisam is portrayed in the book “Women of Saudi Arabia” by Ali Fagandash. Year of the photo unknown.

Aisha Al Marta, Kuwaiti singer, performing for women at a Kuwaiti wedding. Aisha is the third women from the left in the backrow. She was a Kuwaiti singer, born in 1934. Also Aisha was blind, she lost her sight at age 7. She joined a music group at age 14, secretely so as not to have any problems with her family. Later on she worked at Radio Kuwait and became an extremely popular folklore singer, performing traditional songs from the Gulf, famous for her patriotic songs. When she died in 1978 appearantly a national day of mourning was called for, and still “Aisha Al Marta” cultural events in her honor are being held in Kuwait. A Youtube video with Aisha you can see here. Year of the photo unknown. 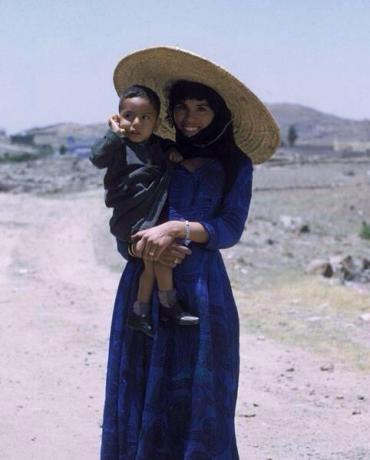 Women from Jaizan province, Saudi Arabia. Notice the difference in clothing between the women in this photo and the woman in the previous one.

There was a Kuwait even before the American troops went in 1991 to kick out the Iraqi occupiers. Kuwait is a source to a rich culture and heritage: it contained different tribes with different traditions, music and tales, beduoins living off the sea where they were fishing for food and pearls that they traded in one of their many travels around the Gulf region. But much of it has gotten lost to the outside world. What many foreigners see in Kuwait is the many fastfood restaurants and the malls that popped up en masse after the Americans came in and stayed on.

A Kuwaiti friend of mine is dedicated to show the Kuwaiti culture and it’s from him that I have received these photos. He doesn’t have the copyright he has himself received them through social websites, so I decided to share them on. The descriptions of the photos are from my friend. 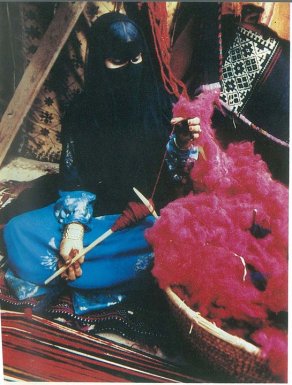 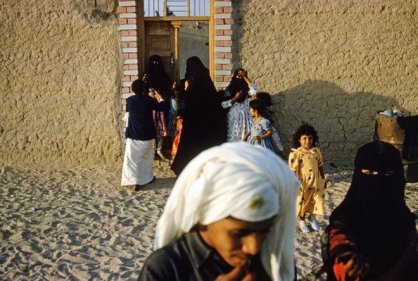