UNHCR Northern Europe wanted to launch a hashtag on Syria to remind people on how Syria was before the war. Little did they probably suspect that Syrian activists – these admirable, young, brave people – would take over the hashtag to remind the world of what was going on behind the beautiful scenery of their homeland. UNHCR even happily encouraged twitters to publish their photos of Syria before the war, seemingly disregarding the Syrian activists using Twitter as their main forum for resistance towards the regime.

Everyone agrees that Syria was a beautiful country before the war, but if you happened to be against the regime, to be one of those who wanted to speak, read and write whatever they wanted to, Syria could show a very ugly face. This, many people seem to have forgotten by now. The Twitter activists quickly took the opportunity to remind of this, and to show an excerpt of their remarkably dark humour:

“#SyriaB4War: is where you have to watch the criminal dictator pictures in all streets” (attached, a photo with the ever-smiling Bashar Al Assad)

“#SyriaB4War: Farm for Bashar al-Assad and his family”

“#SyriaB4War: Thousands of writers and the opposition were in prison”

“#SyriaB4War: is where the civil society activism was only for Asthma Assad and her entourage”

“#SyriaB4War: is where families dream of eating meat without being able to fulfil that dream with their miserable salaries” 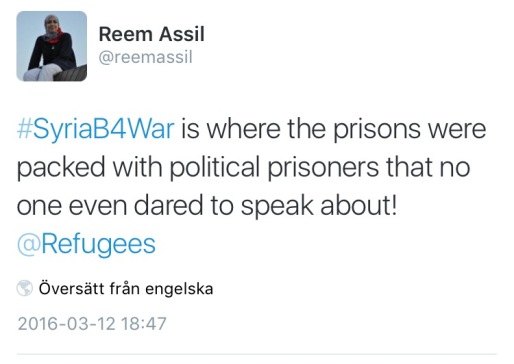 And the last touché: one twitterer attached a photo of the Tadomour prison in Syria: “who goes there never return”. 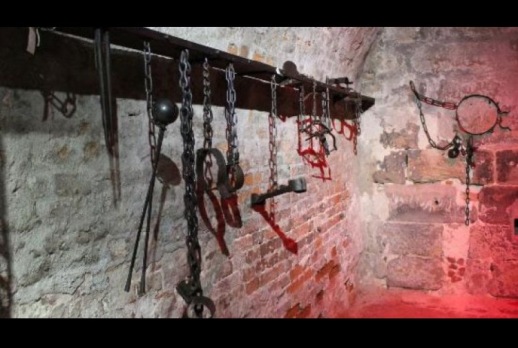 I bet UNHCR’s communication department will think twice next time.